New data shows the most congested places in the Heartland

Fourteen towns and cities in the Heartland are ranked in transport analysts Inrix's top 100 most congested places in the UK.

The most congested place in the region was Cambridge, ranked as 15th in the UK and 82nd globally, where traffic jams were said to have cost drivers an average of 65 hours during 2022 (compared to if they had been driving in freeflow conditions). London was named the most congested city in the world with 156 hours lost.

According to Inrix, the second most congested place in the Heartland was Luton, followed by ‘Hertford Harlow’, Aylesbury and Northampton.

Data for individual areas are available on the Inrix website

New data from the Office for Road and Rail shows that Cambridge, Oxford and Milton Keynes were the Heartland’s busiest stations in 2021/22, while entries and exits at stations across the region have recovered to an average of 60% of pre-pandemic levels.

While the Heartland's overall recovery rate of 60% is broadly in line with the national picture, there were a number of stations in our region whose strong recoveries bucked the trend.

Strong recoveries at other stations with more than one millions exits and entries included:

Soham in Cambridgeshire was Britain's only new station to open during 2021/22. It recorded 14,196 entries and exits over its first three and a half months from December 2021 to March 2022.

The most used station in Britain last year was London Waterloo with an estimated 41.4 million entries and exits, a decrease of 52% compared with 2019-2020.

See below the table of statistics for the stations reaching more than one million journeys.

Click here or see the file below for full data set for journeys in our region. 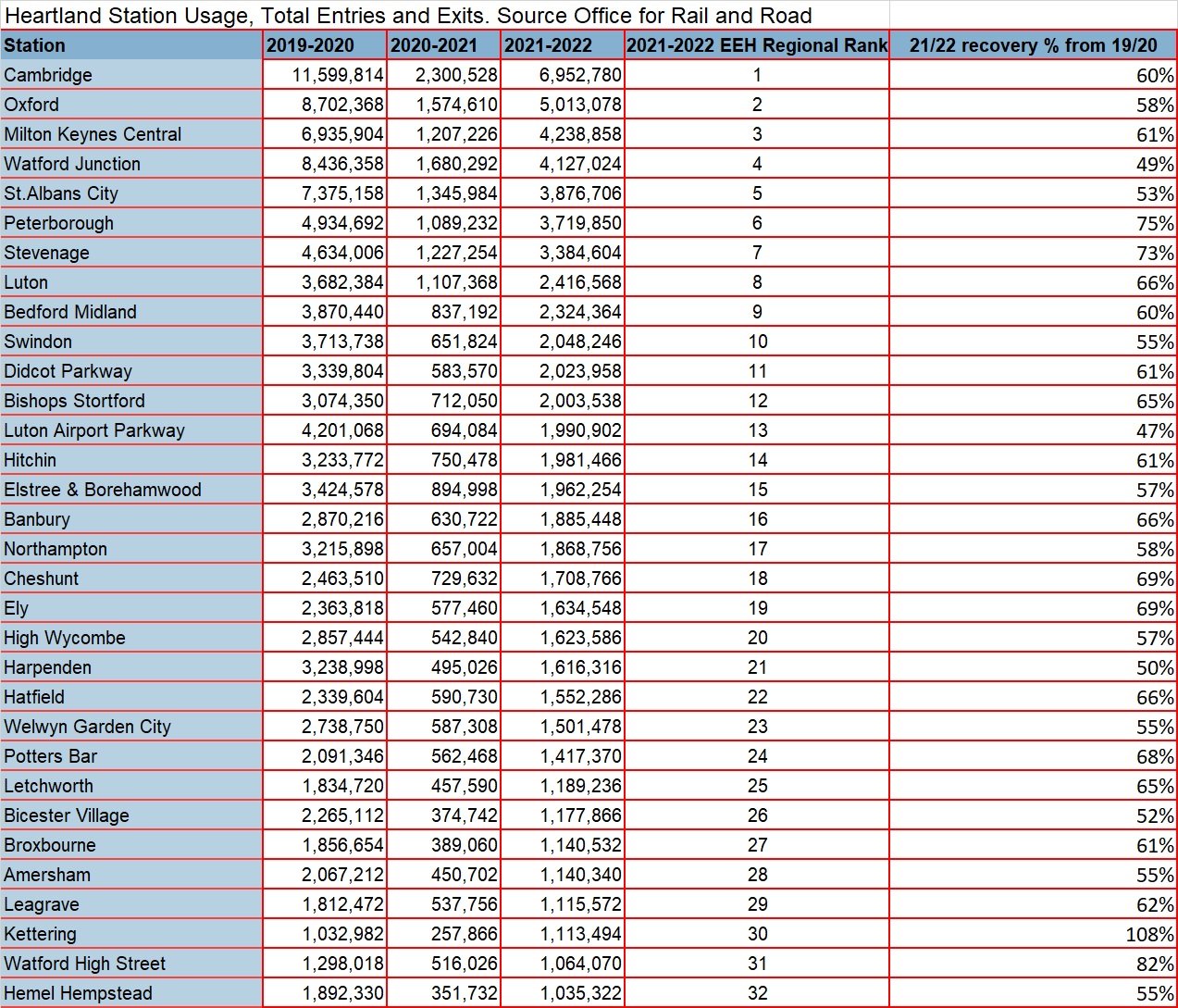